Ballista – Another Odyssey by Jodi Homer 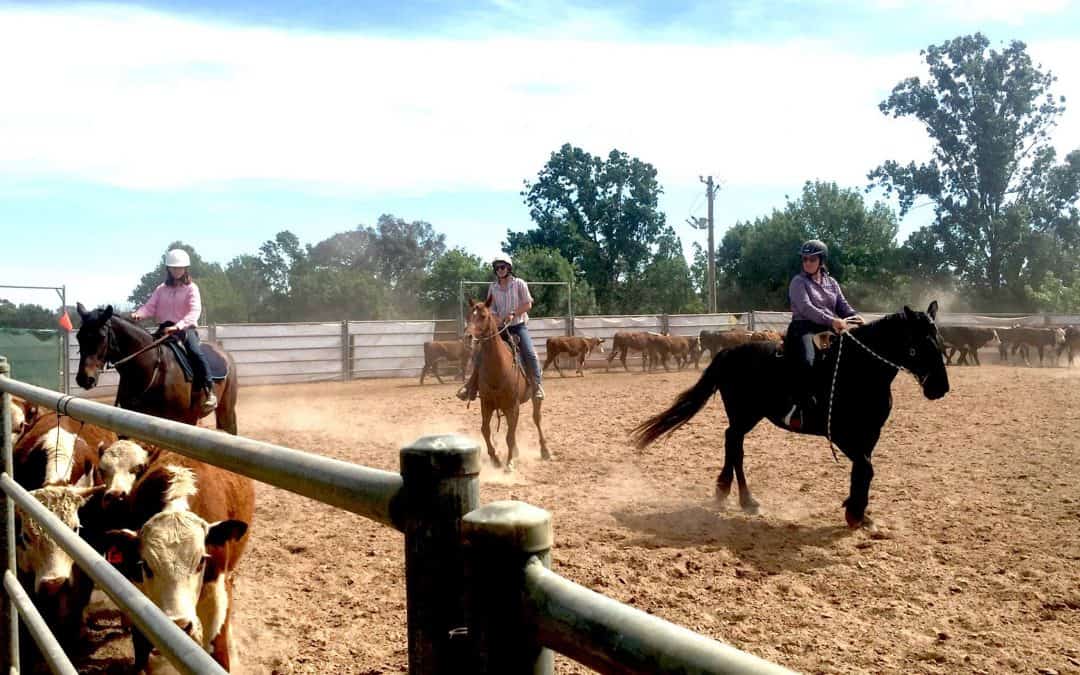 For those who’ve read Junior’s Story you will have the back story to this one… if you haven’t read it yet, take the time, it is just as amazing as this one!

Ballista was purchased in March 2016 to “fill the gap” as Junior was constantly in and out of work.

She is a 9yo Percheron X mare, purchased so I had something sound & reliable to ride and be able to get my horsey MOJO back.

In the short time I had her before her injury, we went hunting, did trail rides, a dressage test, a little jumping and so on. She was everything she was supposed to be, and super quiet, I can put anyone on her, even my hubby!

On the March 22, 2016 we attended the Yackandandah Shield Day, and did a lovely level 5 dressage test before heading out on a trail ride. On this ride my friend suggested we go up a rather dodgy set of steps to see the view of “The Gorge”. On the way up, Ballista misread the slope and launched herself, landing awkwardly. I didn’t however think anything more until the next day.

Monday morning, and she is clearly favouring a leg as she walks up for her breakfast.

I do a quick exam and find swelling and a little heat around her off hind hock. It didn’t seem that drastic, only a slight strain, and something probably a week or so off would fix.

Four days later and suddenly she cannot bear weight on this leg!

I raced her to the vet (same one I took Junior to) and they tried to collect the fluid from the hock once they punctured it. Sadly the fluid landed on the ground so no tests were able to prove what was wrong, however it was clearly infected, as was very hot to touch.

I left her there for the weekend, as they wanted her on a course of antibiotics and to be able to monitor her. I didn’t feel right about this, after having been on a roller coaster for so long with Junior.

On the weekend I posted on Facebook for recommendations as to what I should do. Most of the advice was to look into herbal treatments, and I had two providers recommended.

She got onto me as I was on the way to collect Ballista from the Vets. Victoria said she could provide a treatment program, which was a relief, but at the same time I was sceptical as to what a herbalist could really do !

When I spoke with Victoria, we decided to treat both Junior and Ballista at the same time, so I put my faith in her 100%.

“ I explained to Jodi that herbal treatments often taken longer to get results than drugs, for the simple reason that we treat causes not just symptoms, and support the body’s remarkable healing powers. “So it is important for owners to understand this so that they don’t expect instant results. An injury might only take a minute to happen, but true healing takes much longer.

“I was somewhat surprised that Ballista had come up with a joint infection as a result of a strain injury, but that is what she had. So the emphasis of the herbal treatment was to cleanse the blood of this infection, stimulate the circulation to ensure nutrients were getting to the area and waste products were getting out properly, and also to provide specialised healing to the joint itself, through the synovial fluid and membranes, and healing to tendons and ligaments.

“As a point of interest I did not prescribe anti-inflammatory or pain relief herbs for Ballista, as it was necessary to see the reduction in heat and swelling occurring because the infection was resolving and not through other influences.  Although Bute or herbal alternatives do little to help in a situation like this anyway.

“Ballista was treated with this mix for 2 months and gradually improved with reduction in heat and swelling in the hock and improvement in soundness. For the final month I revised the prescription to provide more tissue healing as the blood cleansing herbs had done their job.

“One of the most important herbs that was used all the way through is a herb called Guaiacum, which is the one that heals and protects joints through the synovial fluid and membranes.  I also use this herb for maintenance and prevention of joint problems in high performance horses, and there is nothing to touch it.

“Diet has a very important influence on healing all injuries and maintaining soundness in the long run. Some of the feeds I use to achieve this are very high levels of Rosehips granules in the feed, as well as French White Millet and Raw Wheat Germ, Flax Oil and Black Sunflower Seeds. These work together to provide a balance of essential nutrients.

So many times throughout the three months I still did not believe Ballista would ever be sound, but low and behold… at around the three month mark (which was Victoria’s prediction) she was indeed sound. Doing what she does best, being just lovely for family and friends to ride

We commenced a return to work regime, and since then I have been able to enjoy her again.

I recently got to live a dream with Ballista, I competed in a Team Yarding event… so out of my comfort zone, but she was awesome, and thanks to herbal treatments from a professional herbalist at a much more affordable cost than the proposed veterinary treatment,   we had the chance to do that.

Now Ballista is back to being the “go between” as I also have my main man “Junior” back in full work, and with my business, I simply don’t have time for both. Ballista is enjoying currently being the faithful mount I put my friends and family on, to enjoy a ride down the river or about town.

Meanwhile looking forward to picking up the training with Junior where he left off. I do like training on the flat, but Working Equitation has my eye… and both my mounts are suited.

Finally after 3 years, I can look forward to a year of simply enjoying my beautiful horses.