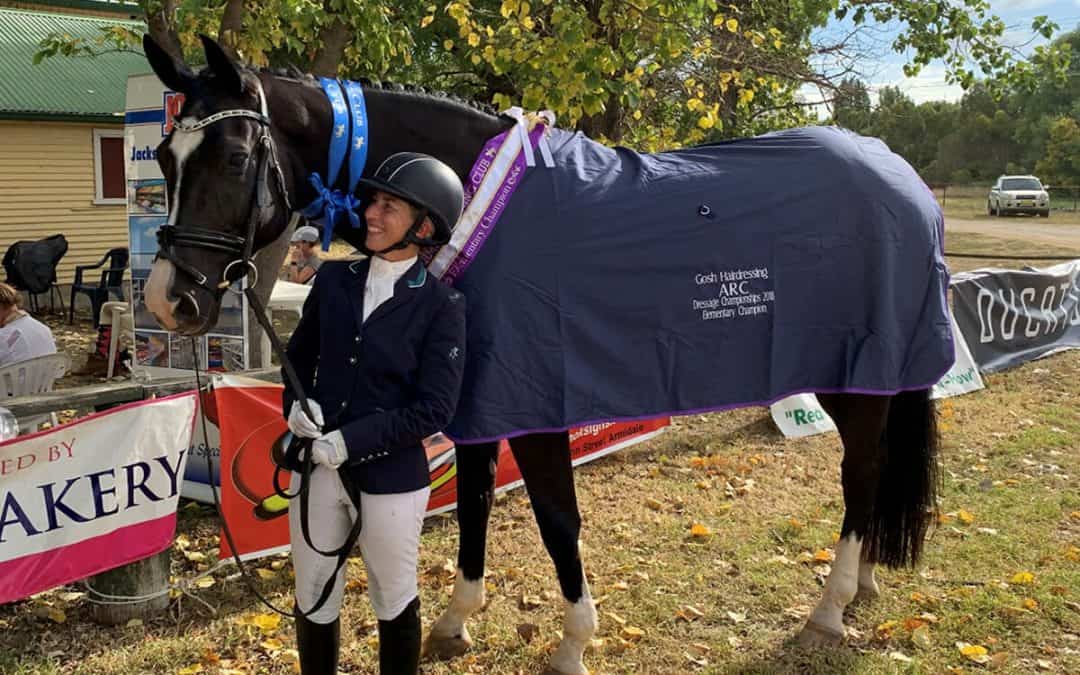 Congratulations to Tonia Wheeler and Hollands Bend Ronald, Elementary Champions at the Armidale Dressage Festival 2019.  They won both tests with scores of 67% and 69% to take out the championship.  They also had their first Medium starts to take out the Reserve Championship. “Ronnie is a star” said a thrilled Tonia.

In the past months Ronnie has been changed over from a diet of processed feeds to his own VF Natural Diet with Equi-Vital All Natural Feed Supplement, and Tonia says his muscle tone and energy levels have improved significantly.  “We really needed this as he is a big boy and the work is much more demanding now.”

Tonia’s husband Bill also has his Warmblood mare Belle on her own VF Natural Diet with Equi-Vital and she also performed well at the Festival, with 67% in both her novices for two thirds and over 60% in her first Elementary test. Tonia says the diet has definitely helped Belle to be much less of a redhead and calmer and more focused in her work.