Good and Bad Weeds For Horses 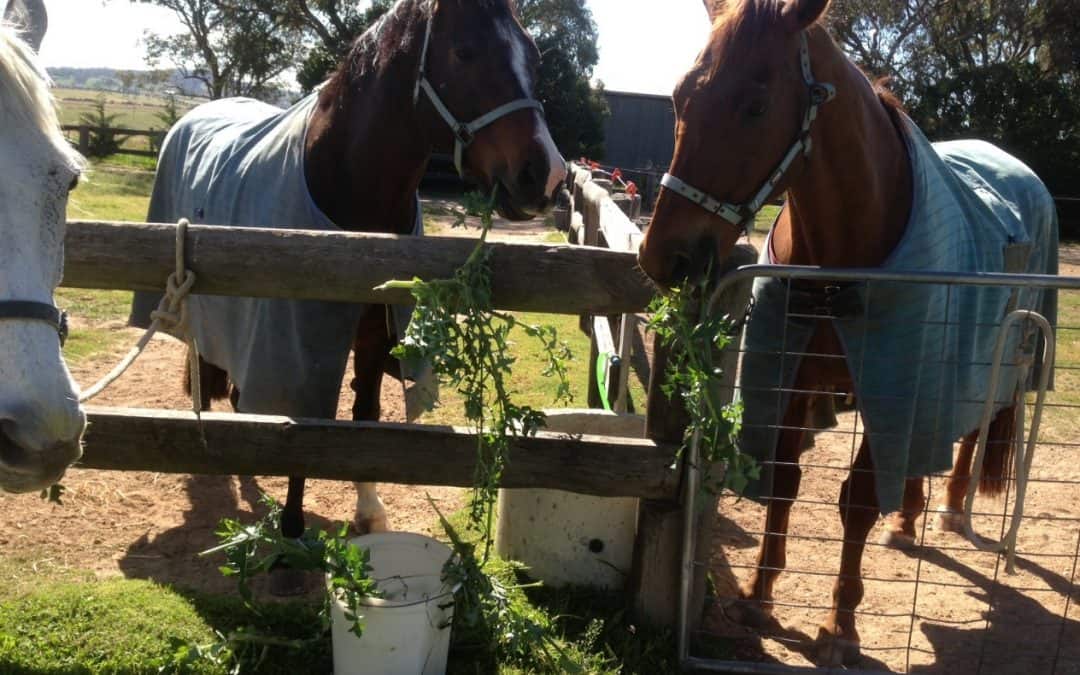 Three of my horses enjoying a feed of Thistles I picked for them.

Thistles, also known as Sow thistle, rejoices in the Latin name of Sonchus oleraceus and is widespread throughout the world.  According to Pat Collins well-known herbalist, teacher and author, some botanists believe that it has been in Australia for thousands of years.  It grows in garden beds, lawns, disturbed lands, pastures, crops, wasteland and roadsides.

Horses love this sappy thistle, even the Prickly Sow Thistle which has spiny ends on the margins of their leaves.  It grows all year round but it is prolific in spring. The white sap can be used to dab onto warts to hasten their departure, just like the true Dandelion.  Being high in vitamins and minerals makes an excellent tonic. So this is a good weed enjoyed by horses. 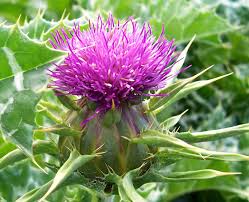 The plant is known as St Marys Thistle, Milk Thistle and Variegated Thistle (Silybum marianum) are one of the most valuable liver herbs in the herbalist’s dispensary.  Even though it is fiercely prickly horses love to ever so carefully eat the purple flower petals.   I use this herb to detoxify horses poisoned from eating Paterson’s Curse.

Native to South America and naturalized throughout Australia this is a highly valued medicinal herb.  Horses seem to partake of small quantities at different times in its growth so apart from its very annoying seeds which stick in manes and tails, it won’t hurt them.

WEEDS KNOWN AS MARSHMALLOW ARE NOT!

Marshmallow (Althea officinalis) is a valuable European herb with high mucilage used for alleviating scours and ulceration of the gut.  This should not be confused with the weeds known as Mallows and erroneously called Marshmallows which are from the species Malva parviflora which are a prolific weed in Australia especially on degraded pastures where the soil is compacted.  Horses are unlikely to eat it unless they have little else to eat, especially in terms of green.

Recently one of my clients in South Australia was concerned that this mallow had overtaken some yards.  My advice was to slash it off and use it as green manure, and leave the yards until other plants took advantage of the resultant fertility.  Instead of slashing putting some stock in for a few days will have a better effect plus added manure.

Also in this family of plants are the Dwarf Mallow (Malva neglecta) and the Tall Mallow (Malva sylvestris) with its much larger, attractive pink- mauve flowers.

The Red Flowering Mallow aka Creeping Mallow is also a member of the Malva family with the Latin name of Modiola caroliniana. It does contain toxic compounds that can cause poisoning in grazing animals. However, in New Zealand, it apparently does not.  It is a low growing creeping perennial plant with trailing stems that root from the nodes, with small, orange-red flowers which grow on long stems in the summer. It will keep growing even after spraying of herbicides – just double trouble there. This is a hardy, toxic weed you need to be aware of and get good advice on how to get rid of it without using chemical poisons.

It can be seen from this blog how important it is to know your plants. I can highly recommend Pat Collins beautifully illustrated book The Wondrous World of Weeds available from her shop