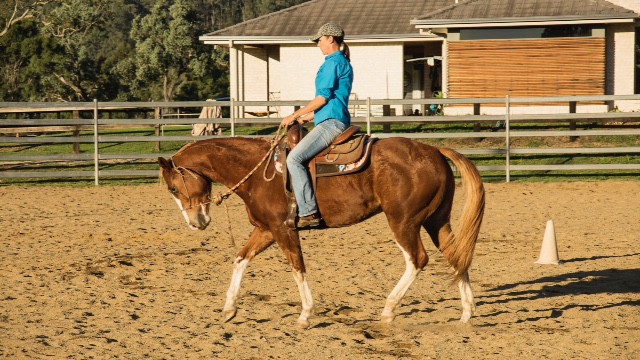 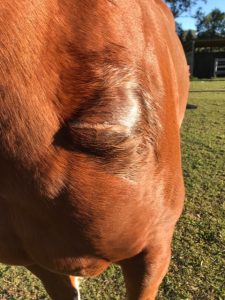 On day of injury

“Wouldn’t you know it – the day before our sweet little Paint mare Kodee was due to go to the trainers, we discovered she had been kicked on her

left shoulder resulting in a large haematoma.  I was worried as these can take a long time to go down and may result in scar tissue.  Naturally we cancelled the trainers and called our equine herbalist, Victoria Ferguson.

We sent some photos and Victoria explained that the haematoma might still be bleeding internally, so draining it, which is what most vets would say to do, was not recommended as it would just refill.  She prescribed Kodee some Devils Claw for pain relief, and then hand blended a herbal cream which was massaged on the haematoma twice daily.

We quickly noticed results and within 5 days it was half the size, 10 days all but gone.  Within 3 weeks she was off to the trainer – no haematoma in sight and moving beautifully.

After 5 days of Herbal Cream

Yvette has been a client of mine for a long time and so I always know she will do just what I ask, which makes things much easier.

The herbs I chose were to resolve bruising, stimulate normal circulation and have the blood in the area cleansed and re-absorbed back into the bloodstream. We herbalists call these herbs vulneraries.   If injuries like this are not resolved quickly, then can often be a site for further problems down the track and on the shoulder, where Kodee’s was, may even inhibit movement.

Main photo taken after recovery, and no sign of Haematoma!