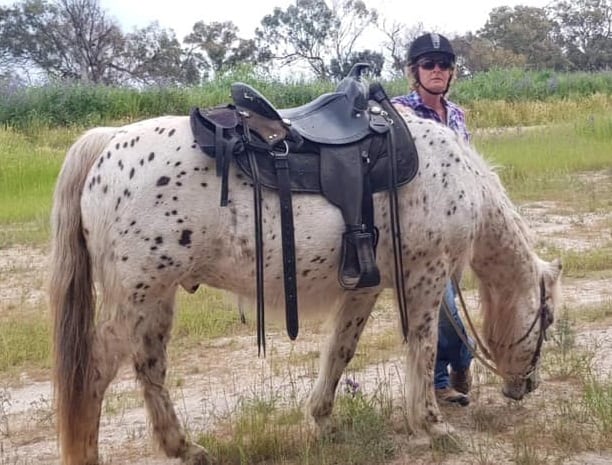 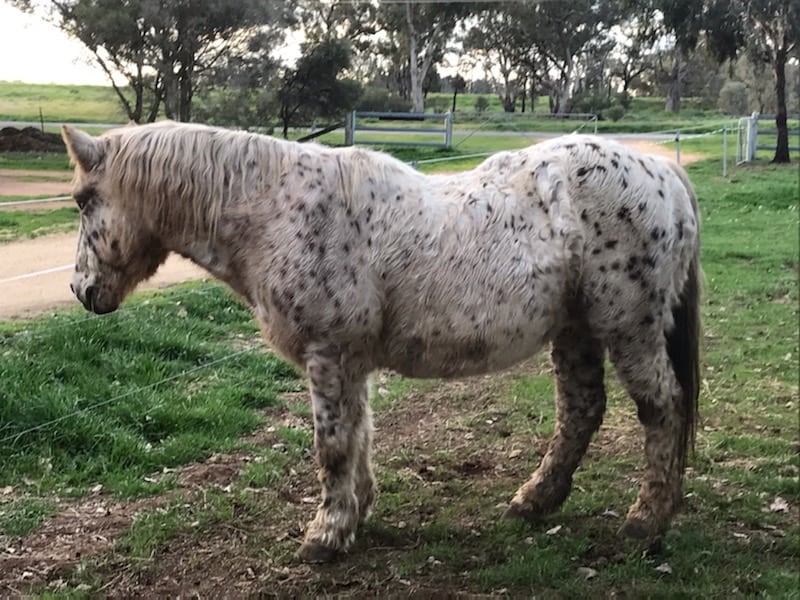 To a much smoother look and keen to get out and about ..

My horse Teddy who is 24 years young, was diagnosed with Cushing’s early in May this year. Teddy was tested by the local vets, as he looked like a woolly mammoth with a long thick coat and was drinking well over 45 litres a day. I was told by the vets when the diagnosis came back that he would have to be treated for Cushing’s for the rest of his life.

So the next day I started Teddy on the pergolide tablets. Within 4 weeks Teddy had lost his appetite and was still drinking excessively. I persisted with this medication for another three weeks and during that time Teddy had stopped eating, was scouring and still drinking excessive amounts of water. I was having to refill the bathtub every three days as he would drink it dry. Teddy got so depressed and lethargic that when I went to the paddock he wouldn’t even lift his head up., he would just lay there. This was not my Teddy. He would normally be the first at the gate neighing – to see Teddy so flat and lifeless broke my heart.

After nearly 7 weeks of using pergolide and telling my good friend that the medication was not agreeing with Teddy, I was heartbroken that it wasn’t working and that I may have to put my beloved Teddy down as I couldn’t cope to see him suffering.

My friend Leanne Harrington who is a client of Victoria’s suggested I contact her. I spoke with my fiancée and even though we were sceptical we decided to explore the alternative option of herbs as we both weren’t ready to give up on Teddy.

I called Victoria at the end of June and had a plan almost immediately for Teddy. I started using a measuring container to gauge how much he was drinking per day. I gauged 45 litres or more a day.

On the 9th of July Teddy started on his herbal prescription and a VF Natural Diet specially designed for him. Within a week Teddy’s appetite was back and by the end of July, his water intake was reduced by more than half.

By the 16th August Teddy’s winter coat was starting to moult and I was over the moon that I wasn’t going to have clip him. It was coming out like a snow storm by just brushing with no big effort. It was really good to see Teddy ‘s coat so nice, he was a different horse compared to the woolly mammoth I had grown to know. Teddy had started moulting before my other two horses.

After 4 months now I can honestly and happily say that Teddy has astounded us with his turn around, his coat is short and shiny and looks extremely healthy. I’m so grateful that his water intake has reduced by more than half as this had concerned me greatly. Teddy’s energy is back and we are now back trail riding and mustering sheep on the farm. He’s been given a new lease on life!  Thank you Victoria for giving Teddy and myself a second chance and more good times together.

If you would like a holistic program for your Cushings or Equine Metabolic Syndrome horses or ponies, just email me with some details enquiries@victoriaferguson.com.au.