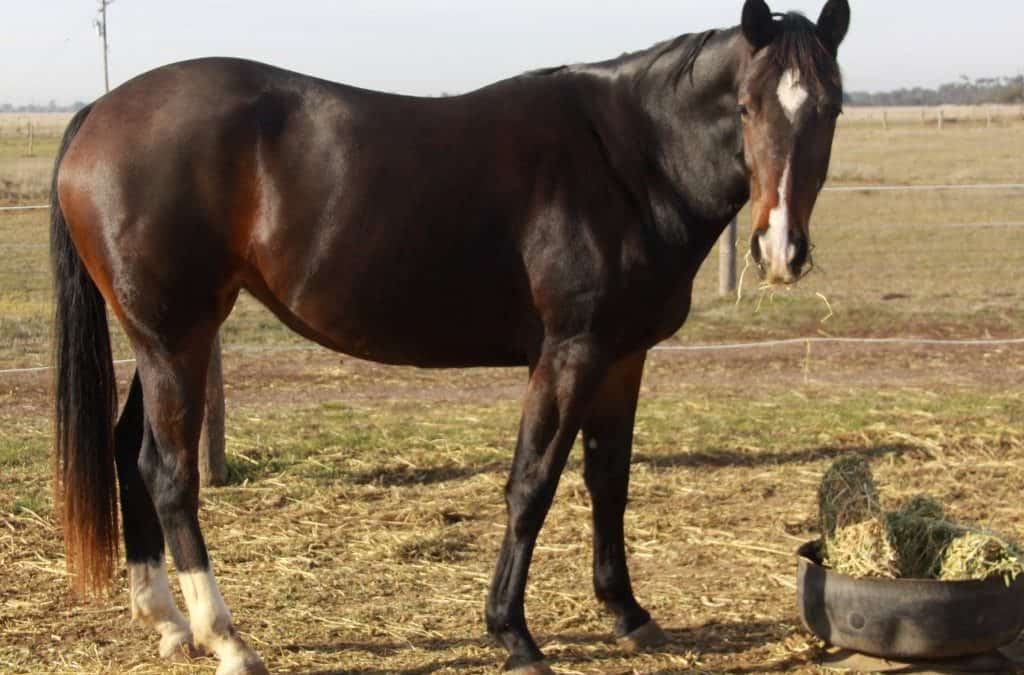 There are some fantastic herbs for balancing reproductive hormones in mares, whether they are used for breeding, pleasure riding or competition.

It is not just a matter of throwing some Chastetree Berry in the feed, in fact I never use this herb at all.   See Case History at end of blog.

I have been prescribing and dispensing oral herbal extract mixes for the whole range of hormonal difficulties in mares for more than 20 years, and I have learnt a lot from my own mares and clients’ mares over this time.

Common problems which respond well to these herbal treatments are ..

Mares with irregular or difficult seasons or behavioural problems at any stage of their cycles.

Mares who show physical or emotional discomfort when they are in season, but have regular cycles.

If they are in extreme discomfort and showing colic symptoms, whether the cycle is regular or not, then they are more than likely suffering from uterine cramping and need to be treated symptomatically to give them quick relief and they also need a course of hormone balancing herbs.

Mares who come into season “at will” or who have very strong seasons with much overt behaviour can be balanced and relaxed in this way, making their lives much happier, not to mention their owners!

Behavioural problems such as roaring, striking and stallion like behaviour with neck arching and aggressiveness to horses, people or other animals are a very strong indicator of a severe hormonal imbalance.

All these conditions need the help of professional prescribing and will also benefit considerably from a VF Natural Diet.  Inappropriate feeding will often worsen difficult behaviours.

The practice of artificial prevention of normal oestrus cycles using drugs may seriously impair fertility, so if the mare is to be used for breeding after her competition career is over, then it is more than worthwhile to try balancing with a herbal regime before taking this drastic step.

A lot of mares suffer from reproductive system problems which affect their behaviour profoundly.  This may affect their ability to conceive and carry the foal full term and deliver a healthy foal.

Conditions of broodmares which can be helped with herbal prescriptions include ..

Difficulty in conceiving especially with older and/or maiden mares, early abortion with no apparent reason.

Retained follicles or ovarian cysts which cause them great discomfort and is frequently accompanied by behavioural difficulties.

Fertility herbs can be used for older mares and for mares who are not producing adequate follicles. 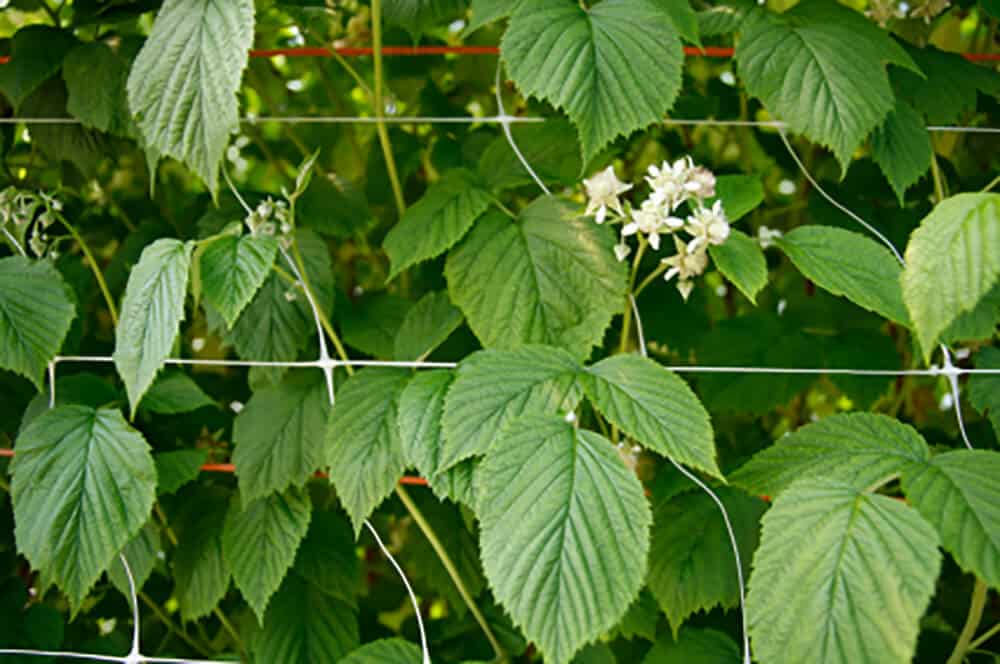 Raspberry Leaf has the highest plant source of Folic Acid and is not only a proven fertility aid increasing the likelihood of conception, it strengthens the uterus and endometrium, assists the birthing process and the prompt release of the afterbirth.

So all broodmares will benefit by adding it to the feed in dried form for at least one month prior to foaling and continuing on for a month after the next pregnancy.

Mares who have been treated with synthetic hormones for any reason will need time to re-balance before joining.  It may or may not be appropriate to treat with herbal hormone balancers at this time.

THINK BEFORE YOU BREED!

The common practice of putting a mare in foal to “sort her out” very seldom works. Double trouble is usually the result. Even if behavioural problems disappear during pregnancy, they usually return, quite often influencing the foal both by genetics and environmental influence.

Also the practice of using mares “who are no good for anything else” to breed from is all too prevalent. Heritability of a whole range of problems is an accepted fact. Breeding for fads and fashions also has a severely negative effect on soundness.

Whilst some behavioural problems may not actually be genetically transmitted they are certainly passed through to progeny by example. Obviously a mare with a highly developed flight instinct is going to teach her foal to be the same. It is surprising how often one will hear of patterns recurring with various different traits.

Despite popular belief and practice, the mare is more important in the breeding equation than the stallion. There are two reasons for this – the first, the maternal environmental influence, has been outlined above. The second is a scientific fact. “If there is any bias in the relative contribution of sire and dam in a given mating, it is in favour of the female. The normal genes of the body are inherited equally from each parent. But the genes of one special part of the cell come solely from the mother. This is the organelle called the mitochondrion, a separate, self-contained part of the cell that is responsible for converting stored energy into work with the aid of oxygen.” “Mitochondria are curious in another way, in that their DNA comes solely from the mother; there is no recombination of genes from both parents.”

Back in 2014, one of my then students, Deb Ware, now a graduate of the School of Equine Herbal Medicine, emailed me as follows ..

“I’m beside myself and can’t think of what to do. I adopted a 13 year old chestnut mare from horse rescue last November. Ginger was surrendered with her foal General. She is a cranky bloody gal, still I have become quite attached.

The first weekend I rode her she was in season and was quite aggressive (attempted to bite and kick when saddling), she reared whilst I was riding her, I stayed on and persevered. I figured she needed more ground work and regular riding. I also put her on Chastetree Berry in her feed,  believing that this might help her and gave her Chamomile as well.

The following cycle she behaved badly again and reared a couple of times. Today she was a nightmare her behaviour was so frightening and so aggressive that I was left terribly heartbroken and very shaken. Ginger reared and spun and I nearly fell, she dug her heels in when I asked her to move forward she completely refused continuing to prance on the spot, leap forward, rear or simply refused to move at all. This behaviour continued for an hour or so whilst we were on our trail ride. The other horses didn’t even bat an eyelid. My companions were horrified and labelled her behaviour as dangerous.

I tried everything I could but her behaviour was beyond my skill level andI’m thinking about sending her back to the girls at horse rescue, my confidence is shattered and at 52 I feel that maybe I’m too old to risk getting hurt by a cranky red headed hormonal mare. I ride weekends and decided to get another horse to enjoy nice quiet trail rides. Most weekends she is quite pleasant.

Is there anything else I could try? I don’t think the Chastetree is helping at all, she has been on it daily for four months now. I have a feeling she was put in foal to quieten her but this obviously didn’t help, hence her owner surrendering her to horse rescue.

I would be very grateful for your wisdom.”

This story has a happy ending.  I phoned Deb straight away and as she is a trained human naturopath with a herbal dispensary, I was able to give her the prescription over the phone, so she could start treating Ginger immediately.

Fortuitously Ginger responded well in her first season after being on the herbs for a few weeks, and there was a profound change in her behaviour.  There was a setback two seasons later, so the dosage rate for the prescription was increased.   She responded well and Deb was able to take her off the herbal prescription as it had done it’s work.

Ginger is still part of Deb’s horse herd and if she shows any sign of regression, she is immediately put back on the prescription for a month as a reminder.

This case history also bears out many points made in this blog, which were previously published in my book The Complete Horse Herbal in 2010