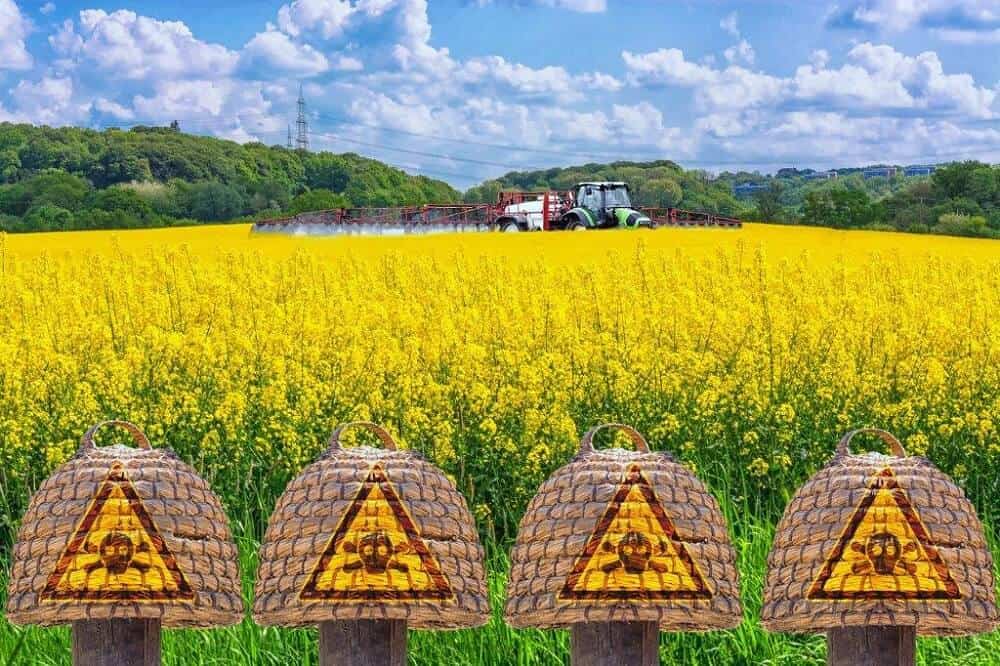 The health of the soil and the plants that grow in it and how it is managed or mismanaged by man is the baseline of horse health. And of course the health of all animals including humans.

The major impacts are from Glyphosate: Super Phosphate: GMO’s:  and Artificial Mineral Supplements, which are actually interconnected.

The glyphosate-based herbicide Roundup can cause damage to the endocrine system at levels that are legally permitted in drinking water. This is according to a study carried out in Australia by researchers at Flinders University.  They found that Roundup killed the cells that produce progesterone in women, causing their progesterone levels to drop.

Other research also suggests that glyphosate may be an endocrine disruptor. It has also been linked to liver disease, birth defects, and reproductive problems in laboratory animals; and may kill beneficial gut bacteria and damage the DNA in human embryonic, placental, and umbilical cord cells. A 2019 study in a Nature journal reported increases in obesity, reproductive and kidney diseases, and other problems in the second- and third-generation offspring of rats exposed to glyphosate. (Source US Right to Know)

It is easy to surmise the effects on equines are likely to be similar to those being found in humans, cattle, chickens, and laboratory animals.

Moreover, it has been found that Roundup is more toxic than glyphosate alone, likely due to the synergistic effect of its other ingredients making glyphosate’s effects worse.

This chemical potentially pervades our horse’s environment. It could be present in the vast majority of horse foods, dietary supplements and non-organic plant-based bedding. It has been found in groundwater and can travel miles in the air during crop spraying where it can be ingested by plants, animals, and humans.

Many potential sources of feeds, supplements, or pharmaceuticals that could adversely affect horses should be extensively researched.  Further investigation is warranted as it has been found that glyphosate levels may be very high in commercial horse feeds.

Due to potentially higher levels present in the horse’s environment, Glyphosate could possibly be responsible for the loss of performance and disease in horses. Such as laminitis, PPID, metabolic syndrome/IR, navicular syndrome, gastric ulcers, leaky gut syndrome, and other immune conditions. It could even contribute to fertility issues and premature death.

It has been well known for a long time that the practice of using the artificial fertilizer superphosphate locks up the availability of macro-minerals – notably magnesium and potassium.   As explained by the late,  great Pat Coleby in one of her books “Natural Farming and Land Care” – Super doesn’t put back any humus into already depleted soils, nor does it do anything to improve the already out of balance acid conditions in the process.  What it does do is raise the salinity when used in conjunction with potash fertilisers.  “This is a nasty vicious circle because once the topsoil becomes really acid, the trace minerals are virtually unobtainable to the stock.”

Thus developed the need for mineral supplementation of stock and the rise of the massive market in ARTIFICIAL MINERAL SUPPLEMENTS.  It is important to note here that these minerals are poorly absorbed compared with those that occur naturally in plants and grasses that are grown in healthy soils.  Note the vicious circle here.

Next came GMO’s – such as CANOLA & SOY– all these bred supposedly to cope with the influx of weeds from the depleted soils, which in turn created the huge industry of agrochemicals led by GLYPHOSATE (Round Up).

THE TRUTH ABOUT CANOLA OIL

The real name of Canola is LEAR (Low Erucic Acid Rape) more commonly known as “rape oil”. A semi-drying oil that is used as a lubricant, fuel, soap, synthetic rubber base, and illuminant to give colour pages in magazines their slick look.  In short, it is an industrial oil that does not belong in the human or equine body and is typically referred to in light industry as penetrating oil.  Canola Oil was first developed in Canada. It’s proponents claim that due to genetic engineering and irradiation, it is no longer rape oil, but “canola” (Canadian) oil. Canola Oil is genetically engineered rapeseed.  It is derived from the mustard family and is very inexpensive to grow & harvest – INSECTS WON’T EAT IT.

Canola is a Trans Fatty Avid which is hydrogenated oil, this is the process whereby hydrogen molecules are added which changes the structure of natural essential fatty acids to make them more saturated. This interferes with the body’s ability to utilize essential fatty acids.

Most processed horse feeds contain Canola Oil and most oils sold and promoted for horse health are usually Canola Oil.  The adverse effects of this oil on human and animal health are well documented.

Source – Fats That Heal and Fats That Kill – Udo Erasmus

SOYABEAN in various forms is widely used in processed horse feeds and products in Australia, where stock feed labeling laws mean you can buy products containing GMO, but it isn’t disclosed on the label.

There are some inherent problems with feeding soybean protein, according to Jack Grogan, CN, vice president of research and development at Uckele Health & Nutrition in Blissfield, Michigan, USA. “Soy protein by itself can directly interfere with hormonal balance and be pro-inflammatory, increasing the metabolic stress load and affecting immune function,” he said. “We feel feed enhancers that use soy protein are not in the horse’s best interest.”

I have found this to be true in my equine herbal practice over the last 20 years.