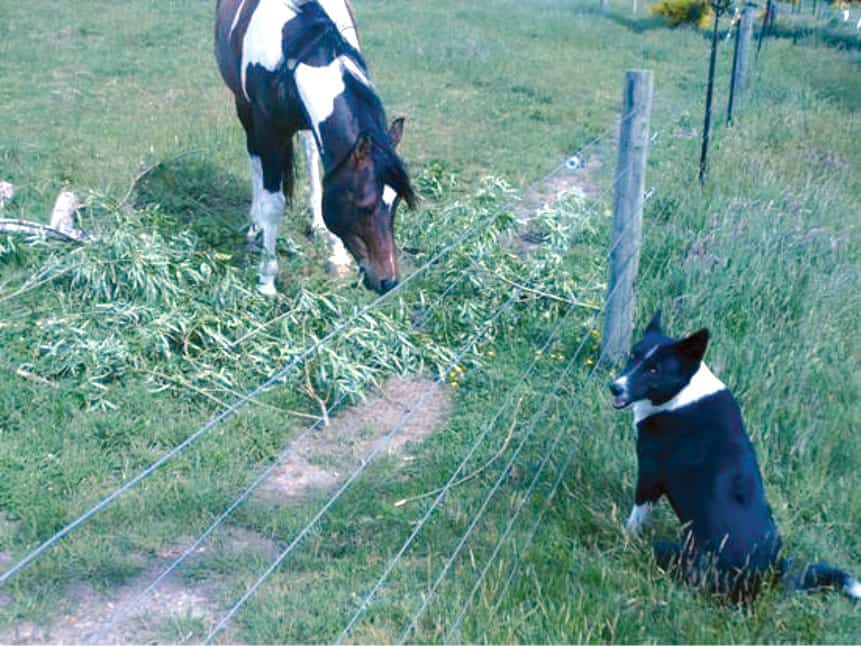 Amanda Nicholas from Tasmania is a wonderful natural healer and always uses herbs, raw feeds and essential oils to heal her animals and her family.  I had helped her years ago with her Arabian Stallion “Rex”.  In December last year she became very worried she was going to lose him.
On 4th November he had become very sick.  He was twisted sideways, staggering, almost falling over, sweating on his face and his muscles were twitching all over his body. She suspected snake bite but could not get a vet to attend as it was a holiday weekend.
Rex  seemed to improve over two days then regressed badly.  He was in a lot of pain with very stiff joints and could hardly move and was spending a lot of time lying down.  His eyes were bloodshot and he was yawning constantly.
On 7th November a vet came and took blood for analysis and said she thought he had Ross River Fever.  The blood showed this to be not the case and the vets could not give any diagnosis and advised Amanda to treat him with bute. Other suggestions were to carry out liver biopsies and spinal taps, which Amanda decided not to do, due to the highly invasive nature and high risk of this course of action.
Amanda has a lot of herbs growing on her property. Having had a lot of success with using fresh herbs over the years she decided that it was the best course of action to try to save Rex.  She then enlisted my help as well.
During our first phone conversation we both felt strongly that Rex had been poisoned, as all his symptoms pointed to that.  All animals have an innate ability to select the plants and herbs they need to heal themselves as that is what they have done in their millions of years of evolution.  So we decided to offer Rex a large array of fresh and dried herbs and essential oils (concentrated elements of many herbs) to see what he wanted and needed to heal himself.

Over the 8 weeks of his illness he ate about six ute loads of white willow which Amanda had cut for him after he had chosen this for his anti-inflammatory.  He ate the leaves off and then left the branches but when they had dried out a bit he ate the bark off them.  He was offered and ate a lot of Dandelions (roots, flowers and leaves), Wormwood and Milk Thistles. All these plants are liver detoxifiers, the liver is under heavy strain from poisoning as it is the major organ of detoxification.  He was offered and ate Cleavers which is a lymphatic cleanser, and this system is always badly affected in cases of poisoning, as it supports the immune system. In the essential oils he was offered Yarrow and Carrot Seed Oil which he took in huge quantities, both of these stop internal bleeding, which is another symptom of poisoning.
Just when it looked like Rex was out of danger, Amanda became very concerned that he was becoming laminitic as his white hooves showed signs of bruising with the blood very close to the surface. I told her not to worry as I felt the toxins were coming out through the hoof as well as resolving through the organ systems of the body, which happens in cases of extreme toxicity. She continued to offer him a range of herbs and we added in Hawthorn Berries and Rose Hips, both freshly harvested, to help with the circulation in the hoof. He continued to improve.
I kept in close touch with Amanda throughout this whole saga and eventually received confirmation from her on 11th January by email along with photos to say that Rex appeared to be completely recovered.
The blood tests showed evidence of liver and muscle damage consistent with poisoning and his reactions to it. He is only alive due to the diligent efforts of Amanda to save him, her trust in herbs and belief in natural healing. You are an inspiration Amanda.

Here is Rex back to his usual playful self.