Think Before You Breed 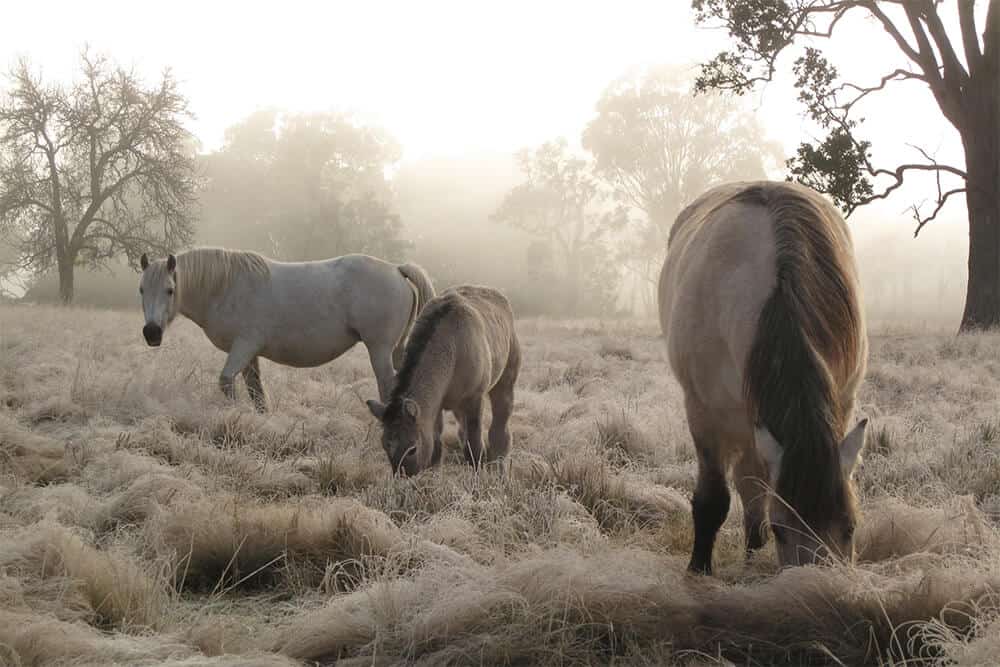 Selective breeding is essential to producing performance horses that are in demand. There is an old saying ‘Select the best to be mated to the best, and then hope for the best!’ The answer may not be as easy as that, but it certainly expresses the idea of strong selection, while there are no guarantees in what you get.

There are many excellent studs across Australia doing a wonderful job of producing top quality horses for a wide range of sports, including many internationally successful horses.  But sadly we have seen many top stud dispersals in the last year because of the drought we are still enduring.

But on the other side of the coin, there are a lot of people breeding a few horses with no real idea of what they are doing.  There is no selection for conformation, soundness, temperament or performance and some of the breeds that are being crossed are plainly ridiculous.  Add to that breeding only for colour and the scene is set for a large number of unwanted horses.

What happens to all the unwanted horses?

Before embarking on any breeding, it would be wise to consider what happens to all the unwanted horses.

Over 60,000 horses are bred annually in Australia. Half of these are slaughtered at abattoirs, either for export meat for human consumption or for pet food, fertiliser and hides. Only 20% of them are brumbies and the rest are domestic horses of all breeds.  A significant percentage of the horses slaughtered are young horses mostly still in their prime, sold for export meat for human consumption mainly to Europe and Japan. This market demands young, well muscled animals.

Whilst there is little documentation available about age, breed or type of horse going through the abattoirs, the racing industry does have a very high attrition rate and it is logical to assume a high percentage of the young horses slaughtered for meat are Thoroughbreds. However there is no shortage of all other breeds that end up at knackeries and abattoirs.

Which leads to the question does the horse meat industry exist because there is indiscriminate breeding through ignorance of the economic realities?

Drought is an ongoing fact of life in Australia, therefore anyone who thinks they can breed horses when they cannot afford hand feeding or other essentials of responsible breeding, are breeding horses which have a very high chance of ending up as meat.

The motivation for breeding also provides an insight into why so many horses end up being unwanted. One of the most prevalent reasons for breeding is putting anything that is a mare in foal when she isn’t good for anything else. This leads to a lot of poor quality animals being bred.  Frankly it would be best to have these mares slaughtered rather than creating more candidates for the slaughter house.

Then there are what is commonly called the backyard breeders who mistakenly think they are going to make money out of breeding a few horses on the cheap. If they took the real cost of responsible breeding into account – there would be a lot fewer people being unable or unwilling to care for their horses.

It is estimated that the cost of producing a foal from conception to weaning is between $3,000 and $7,000 depending on whether they are hand fed or not. And this does not take into account service fees, labour costs or property costs.

There are plenty of documented cases of breeding of large numbers of horses usually leading to horrifying neglect, especially during droughts, and most of these horses end up being slaughtered, which is the kindest option at the time.

There are only two export abattoirs for horses in Australia, one in South Australia and one in Queensland, which means that any horses destined for the export meat market must be transported long distances.  They suffer injury and deprivation of food and water on these trips, which can be compared with the iniquitous practice of live export of sheep and cattle for slaughter, despite the authorities assuring the public these are humane practices. They absolutely are not.

As a result there are many horse rescue operations and breed re-homing groups which do the most wonderful job. But they cannot save all the unwanted horses.

Whilst it is an unpalatable fact, abattoirs do perform a necessary service, as it is the indiscriminate breeding and lack of proper care that continues to provide the raw material.

How much better would it be to have no unwanted horses in the first place.

Mare selection should be given more consideration

The common practice of putting a mare in foal to “sort her out” very seldom works. Double trouble is usually the result. Even if behavioural problems disappear during pregnancy, they usually return, quite often influencing the foal both by genetics and environmental influence.

Also the practice of using mares “who are no good for anything else” to breed from is all too prevalent. Heritability of a whole range of problems is an accepted fact. Breeding for fads and fashions also has a severely negative effect on soundness.

Whilst some behavioural problems may not actually be genetically transmitted they are certainly passed through to progeny by example. Obviously a mare with a highly developed flight instinct is going to teach her foal to be the same. It is surprising how often one will hear of patterns recurring with various different traits.

Despite popular belief and practice, the mare is more important in the breeding equation than the stallion. There are two reasons for this – the first, the maternal environmental influence and the second is a scientific fact. “If there is any bias in the relative contribution of sire and dam in a given mating, it is in favour of the female. The normal genes of the body are inherited equally from each parent. But the genes of one special part of the cell come solely from the mother. This is the organelle called the mitochondrion, a separate, self-contained part of the cell that is responsible for converting stored energy into work with the aid of oxygen.” “Mitochondria are curious in another way, in that their DNA comes solely from the mother; there is no recombination of genes from both parents.” (1)

There are a lot of famous horse breeders around the world who recognise the greater importance of the mare and use it to great financial advantage.

This season please think hard before you breed.  At the time of writing most of Qld and NSW are still in drought, water is running out in many districts, feed availability and price is becoming a serious problem.